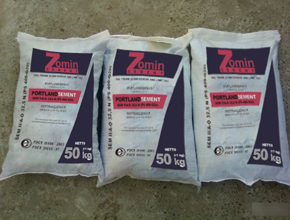 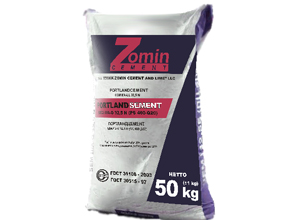 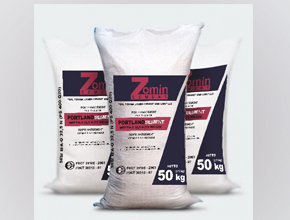 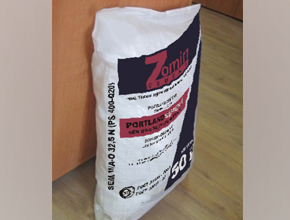 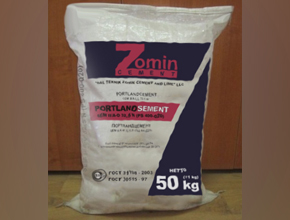 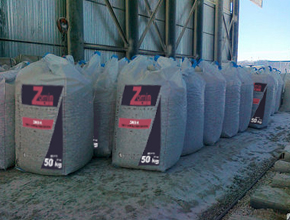 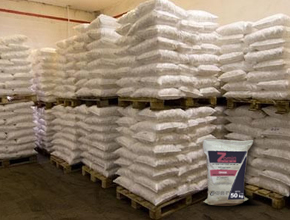 The production of cement includes two stages: the first is the production of clinker, the second one is the finishing of clinker to a powdery state with the addition of gypsum or other additives. The first stage is the most expensive, it accounts for 70% of the prime cost of cement. And it happens as follows: the first stage is the extraction of raw materials. The development of limestone deposits is usually carried out by demolition, that is, part of the mountain is “demolished down”, that is revealing a layer of yellowish-green limestone that is used for the production of cement. This layer is usually at a depth of 10 m (up to this depth it occurs for four times), and reaches a thickness of 0.7 m. Then this material is sent along the conveyor for grinding to pieces equal to 10 cm in diameter. After that, limestone is dried, and starts the process of grinding and mixing it with other components. Further, this raw mixture is subjected to burning. So the clinker is produced like this. The second stage also consists of several stages. These: clinker crushing, drying of mineral additives, crushing of gypsum stone, clinker milling together with gypsum and active mineral additives. However, there must be considered that the raw material is not always the same, and the physical and technical characteristics (such as strength, humidity, etc.) of raw materials are different. Therefore, for each type of raw material was developed its own production method. In addition, it helps to ensure a good connatural of grinding and complete mixing of the components. In the cement industry, three methods of production are used, based on various technological methods of preparing raw materials: wet, dry and combined.

Wet production method is used in the manufacture of cement from chalk (carbonate component), clay (silicate component) and iron-containing additives (converter slurry, ferruginous product, pyritic cinder). The moisture content of the clay should not exceed 20%, and the humidity of the chalk is 29%. Why this method is called “wet” is because the grinding of the raw mix is accomplished out in water medium, the output is feed stock in the form of water slurry - a sludge with a moisture content of 30-50%. Then the sludge goes through the kiln for burning, the diameter of which reaches 7 m, and the length - 200 m and more. During burning, carbon dioxide is released from the raw material. After that, the clinker balls, which are formed at the outlet of the kiln, are ground into a fine powder, which is the cement.

The dry way of production is that the raw materials are dried before grinding or in its process. And raw materials come out in the form of a finely divided dry powder.

Combined method, as the name implies its meaning, involves the use of both a dry and wet method. The combined method has two varieties. The first one assumes that the raw mix is prepared by a wet method in the form of a slurry, then it is dewatered on filters to a moisture content of 16-18% and sent to a burning kiln in the form of a semi-dry mass. The second option of preparation is directly opposite to the first: first, a dry method is used to make the raw mix, and then, adding 10-14% of water, granulated, the size of the granules is 10-15 mm and fed for burning.

For each method, a certain type of equipment and a strictly defined sequence of operations are used. Then the cement is packed into paper bags of 50 kg. Shipment is made by vehicles or by rail road. Without cement, not a single construction is accomplished, and this is the best indicator of its high performance characteristics.

More than 3 thousand years ago in order to bind stones during the construction began to use binders. Ones of the very first were gypsum and lime. The lime, originally obtained during burning, was crushed in the form of clods by quenching it with water.

In ancient Rome, the needs of construction equipment caused wide production of lime to use in masonry and plaster solutions. At the beginning of XVIII century a new valuable building binder hydrated lime was obtained. Hydrate lime was begun to use for laying foundations of the building, underground and hydraulic structures. This led to an even more significant expansion of lime production.

Unexpected lime (burnt lime) is an air lime after it is burned in the kiln. The ground lime is obtained by grinding in a mill of quicklime together with metallurgical and fuel slags, quartz sand, ash and other mineral additives.

Slaked lime is obtained by the action of a certain amount of water on the burnt air lime, as a result of which a product is formed in the form of powder (powder lime), calcareous dough or lime milk.

Powder lime is the finest powder that can be obtained if during quenching used only water that is necessary to complete the hydration reaction (water connections). When the air lime is quenched the volume of the powder lime grows 2-3.5 times. The heat released during hydration of CaO causes intense vaporization. The resulting vapor loosens the lime, turning it into a fine powder with a particle size of about 6 microns (μ).

Due to the evaporation of moisture to obtain a powder lime is required significantly larger amount of water than required in accordance with the chemical reaction. Thus, when lime is quenched in powder lime in the open air of water, it is necessary to take not 32 13% of the weight of CaO, but 70%.

However, too much water is also undesirable, since the heat released during the reaction will not be enough to turn it into steam and some of the water will remain in the powder lime worsening its quality. Lime dough is obtained when quenching air lime water is introduced in an amount exceeding the theoretical required by a factor of ten. On average, take 2.5 liters of water per 1 kg of lime is taken. The amount of Ca (OH) 2 is less in this case than when it is quenched in a powder lime.

Limestones were formed mainly from the remains of living organisms that lived in seawater millions of years ago. Accumulations of skeletons, shells, clivvies, which included calcium carbonate, formed limestone silt, which, under the influence of the huge pressure of the column of water and overlying layers, was condensed. The more time has passed since the formation of such clusters, the more dense is limestone.

Some part of the limestones were formed chemically due to the transition of a bicarbonate calcium salt soluble in water into insoluble carbon dioxide (chemical limestones). In nature there are limestones of the most diverse color: white, gray, yellow, greenish, brown, reddish, black and variegated. The color of limestone is determined by impurities. The yellowish, brown, red and brown limestone is determined by the presence of iron and manganese oxides; gray and black color are caused by impurities of bituminous resins and carbonaceous substances; greenish is associated with the presence of ferrous compounds in the limestone.

Limestones with a matte surface have an increased content of magnesium, and with a crystalline luster - an increased content of silicon. The smell of limestone indicates a significant content of organic remains in it. All limestones are classified according to two characteristics: in structure, that is, in the structure of the material, and in chemical composition. The following types of limestones are distinguished in structure: granular crystal limestone, or marble; dense limestone; loose limestone; chalk; limestone tuff; limestone-shell rock. Marble is mainly used as a finishing material. Some varieties of marble of Kola Peninsula, as well as marble waste (marble crumb of the Karadag quarries in Azerbaijan, etc.) are used for burning the lime. Dense limestone has a fine-grained structure. Such limestones were formed by chemical deposition or under conditions of a calm state of water at some distance from the coast, where only the tiniest particles were deposited.

Since the beginning of the 20th century, the volume of lime mortar in industrial construction has gradually decreased. Lime solutions are successfully replaced from construction practice by such effective binders as high-strength and water-resistant Portland cement, a rapidly hardening and cheaper building gypsum. However, the need for lime continues to increase. This is due to the fact that lime is widely used as the main component of numerous technological processes.

In the construction materials industry lime is used in large quantities in the production of silicate bricks and silicate concrete products. In a continuously increasing volume, lime is consumed by the metallurgical and chemical industries. A large amount of lime is used in the production of sugar, paper, cellulose, bitumen, disinfectants. In the development of lime production technology, the following stages can be noted. At the first stage, which lasted in a number of countries before the beginning of the 20th century, the technology of burnng lime was very primitive.

Collected or mined in the quarry manually pieces of limestone were subjected to natural drying in heaps with subsequent burning in floor or chamber kilns. The floor kiln is a pile of alternating layers of coal and limestone. Outside, the pile is covered with large chunks of limestone and coated with clay. Under the heap they arrange a hearth in which they put firewood.

The floor kilns were often built in such a way that the limestone wall served them as the three walls, and the fourth (facade) was laid out of pieces of limestone on a clay or limy mortar. The time of burning of limestone in the floor kiln lasted up to two weeks. The kiln was unloaded manually and the products were subjected to a thorough manual sorting, as the rejection ("unburnt" lime) reached up to 35% of the total amount of lime in the floor kiln. The fuel consumption, thus, reached up to 800 kg. Due to the use of heavy manual labor, the cost of production was high.